Supporters of president Donald Trump champion his ‘America First’ policy which attempts to reduce American job loss to foreign countries, particularly in manufacturing. This was in response to the gradual decline in manufacturing jobs over the past few decades in America as companies started to outsource them to India and China for the sake of reducing input costs. The advent of globalization has made the organization of labor a vital question not only for businesses but also for countries, as it forces interactions between people of different regions. Changes in the labor distribution of multinational corporations spark discussions on the impact of outsourcing on a more connected global population. While there are convincing arguments for both sides of the issue, when viewed holistically, outsourcing is a beneficial development for both businesses and consumers worldwide.

A necessary starting point for the discussion on whether outsourcing has positive or negative societal implications is a baseline definition for the term. Outsourcing, according to Oxford Dictionaries, is when a company “obtain[s] (goods or a service) from an outside or foreign supplier, especially in place of an internal source.” (Oxford Dictionaries). The rise in IT call center workers in India and manufacturing industries in many southeast Asian countries demonstrate that this process is happening rapidly. Consequently, political debates about whether a country should incentivize labor shifts insinuate from the widespread effect of outsourcing on the lives of many.

Outsourcing is a beneficial practice that should be encouraged by countries as it enables businesses to reduce their input costs and thus more likely to prosper. This is because labor costs vary upon regulations and policies such as minimum wage that are required to be provided. Kohler identifies that even when factoring in costs associated with outsourcing such as tariffs, transportation of goods, telecommunications, etc., the overall input costs are still lower under an outsourcing model because of the reduced labor costs (Kohler 2004). For example, in most developing countries, the costs of unskilled labor, especially in manufacturing industries, is lower than that in their developed nation counterparts. However, oftentimes, skilled labor is in a shortage in those regions, and costs are higher due to this scarcity. Outsourcing helps to solve this problem as a labor shortage in one area can be alleviated by a surplus in another. This enables companies to be more successful because they have the necessary labor resources to execute their business operations effectively. Since the success of companies is a key determinant of the national GDP, countries and the citizens who reside in those countries will prosper. Moreover, the reduction in input costs means that businesses can garner more profit per good or service sold and can reduce prices which means that even if some domestic jobs are lost, the entirety of the country is benefitted with cheaper products (Maverick 2018).

Outsourcing also helps developing nations create more sustainable and ultimately more developed economies. For example, a few decades ago, India had a much weaker economy, but with the rise of the technological industry in the twenty-first century, there opened a new demand for human capital which Indian workers filled (Taborda 2018). Call centers from Microsoft and other companies in the industry contributed to the rise in Indian programmers that have come ever since the 1990s. As new industries and technologies pop up around the globe, companies will require more people to maintain these technologies (when computers were invented, there were jobs created in the manufacturing of computers, production of chips, software engineers, tech support, and more): creating the opportunity for countries to advance their economies and improve the global standard of living. China is observing similar results as many companies are outsourcing manufacturing jobs because they can charge less for labor. As a result, China is one of the largest exporters of goods globally; outsourcing has been a key factor in this massive growth in the past few decades. With more growth in national economies, consumers spend more – enhancing the profitability of the companies and requiring them to hire more people to satisfy the demand for their products (Weller 2002). As a result of the job formation, people will have a sustainable source of income which helps reduce income inequality and poverty in the long run – a prevalent problem in developing countries.

An Increase in Efficiency

Another positive impact outsourcing has on businesses is that it distributes work to locations and factories that have more expertise in dealing with that particular work. For example, if a certain company is highly skilled at financial management, it would only be logical for companies that are struggling with finances to hire them for more streamlined management (Bucki 2018). Improved telecommunications systems in the past few decades make it possible for long-distance connection and partnerships for businesses. This globalized economy makes it easier for companies to find workers in areas where they possess shortages in their home countries (Passaris 2006). Interconnectedness enables certain companies to utilize other companies who specialize at one task as the barriers for communication between the two are lifted. The efficiency improvement is compounded by the fact that since there can be workers from different time zones, there can be people working on a project for all 24 hours in a day. For instance, during the day in America, American workers would complete the necessary work on a given task, but in the night for the Americans, the people in an Asian country could work on that same task which not only signals an improvement in productivity, but also a drastic reduction in the time required to complete necessary and core business practices. This causes companies to eventually deliver products to citizens for lower costs, with less time required, and with higher quality. Additionally, the increased productivity enables corporations to invest more in research and development thereby improving the quality of goods and services they provide. When this happens in the technology sector, the productivity of the entire economy increases because technology is a tool that streamlines work – creating an effect that reverberates throughout the economy. The initial reduction in input costs spurs a chain reaction of sorts in which productivity, quality of goods, and prices are impacted in a way that helps all (Heric et al 2010).

Many opponents contend that outsourcing has a detrimental impact on domestic jobs. For instance, different countries receive some of the jobs that would otherwise be in the United States. However, the United States would also be taking these jobs away from other countries in other industries and types of jobs that it has a surplus in, so it is just a cycle that is the byproduct of market expansion and the free flow of money (Evdoridis 2000). Furthermore, at the point where the prices of goods are reduced for the entire citizenry, the scope of the harms is much smaller than the benefits of outsourcing because the job loss only impacts a few people in each industry, whereas lower prices are a universally shared benefit. Additionally, the risk of unemployment encourages people to develop a multitude of skills to adapt to changes in corporate labor demands. The advent of new industries also encourages people to develop skills that are aligned with the demands of the market, which is especially important under modern, global neoliberalism. Lastly, outsourcing actually creates domestic jobs because as industries flourish, companies have the ability to hire more and lay off fewer people as they are not crunched for costs and budget demands. This means there is greater job security in every other industry, resulting in no net loss in domestic jobs.

Another disadvantage that people bring up against outsourcing is that the companies that engage in it lose a lot of the control that they have on the production process. This is because outsourcing necessitates third parties completing tasks which reduces direct influence over the work at hand – taking a toll taken on the quality of the work that is done. However, this notion could not be further from the truth. Contractors are still held under some level of regulation from the very contracts that they sign which means that there is a reasonable check against lack of accountability within these corporations (BDC). Since contractors are not bound by long-term deals, they can be replaced almost instantaneously, so they are actually incentivized to work in a more efficient manner to ensure that they get contracted for the job again. Secondly, the contractors are more used to doing the work that is required than the regular employees of the company because they are doing something that is in their purview and do not need to expand their skill set in order to accomplish the tasks those tasks are in their comfort zone. This means that even if there is less control, the justification given for greater control (a higher quality good or service) is ultimately resolved and the labor is more productive and of higher quality (Fishman 2006). Additionally, with recent advancements in technology, monitoring and communicating with individuals across the globe is only becoming easier as there are more detailed accounts of what each contractor is doing.

Outsourcing is a controversial topic because many different people have been impacted by its far-reaching effects – from Americans losing manufacturing and IT jobs, to Asian regions receiving these jobs as a result of cost reductions. However, when analyzed from a plurality of angles, outsourcing is a net-positive development within global labor markets. The question of how outsourcing has impacted different people around the world is a crucial question that needs to be asked because, with globalization, companies, countries, and businesses need to learn how to adapt to variations within the global markets for labor and products worldwide. It also indicates that companies will need to tailor their goods and services to meet localized tastes and preferences to gain access to a wider customer base for their products which proves that in the end, the consumer is the one who benefits. With long-run benefits for all parties involved, outsourcing is a positive development and will provide an economic stimulus to both developing and developed countries.

Maverick, J.B. “Is It More Important for a Company to Lower Costs or Increase Revenue?” Investopedia, Investopedia, 8 Mar. 2018, www.investopedia.com/ask/answers/122214/company-it-more-important-lower-costs-or-increase-revenue.asp.

Passaris, Constantine E. “The Business of Globalization and the Globalization of Business.” Journal of Comparative International Management, 2006, journals.lib.unb.ca/index.php/JCIM/article/view/5666/10661.

“The Pros and Cons of Outsourcing.” BDC, www.bdc.ca/en/articles-tools/operations/operational-efficiency/pages/outsourcing-pros-cons.aspx. 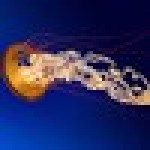 Rohan is the Head of Operations and Finance at Modern Dialogues and lives in Houston, TX. He is interested in economics, foreign policy, and technology.